SPEAK YOUR TRUTHS.
FREE YOUR RHYMES. 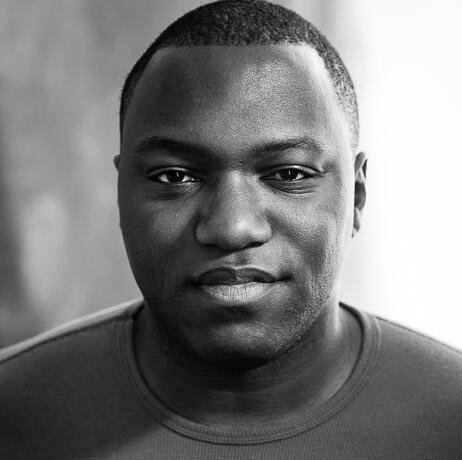 Montreal-born artist Omari Newton is a professional actor, writer, poet and MC whose work can be seen on television, film and stage or heard on CBC and independent radio. His stage work in Québec has earned him a number of favorable reviews and awards. Some career highlights include a best supporting actor nomination for his work in the Centaur Theatre’s production of Joe Penhal’s Blue Orange (soirée des masques). The play also went on to win best English language production. He is a Graduate of Concordia University’s Communication Studies and the recipient of a DEC from John Abbott College’s Liberal arts program. Acting credits include Aaron in Vancouver’s Bard On The Beach Shakespeare festival. Television roles include Lucas Ingram on the Showcase hit Continuum, Larry Summers on Blue Mountain State (Spike TV) and Remy on CBC/ABC’s sitcom Sophie. His original Play Sal Capone has received critical acclaim and numerous productions, including this upcoming presentation at the National Arts Centre in 2018. He has been commissioned by Black Theatre Workshop to write a companion piece, Black & Blue Matters, a Hip Hop Musical that deals with police brutality from the POV of a black female police officer and her male Jewish partner implicated in the shooting of an unarmed black man. 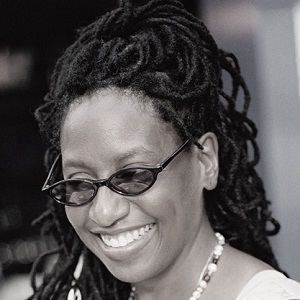 Diane Roberts is an accomplished director, dramaturge, writer and cultural animator, who has collaborated with innovative theatre visionaries and interdisciplinary artists for the past 30 years. Her directorial and dramaturgical work has been seen on stages across Canada and her reputation as a mentor, teacher and community collaborator is nationally and internationally recognized. Diane has directed for such companies as Urban Ink Productions, Black Theatre Workshop, The Theatre Centre, Theatre Direct, The Company of Sirens, Frank Theatre, b current, Cahoots Theatre Projects, Obsidian Theatre, Native Earth Performing Arts, Women in View Festival, The Sudbury Theatre Centre and The Stratford Festival. She is the former Artistic Director of Urban Ink productions in Vancouver (2007-2014) and former Artistic Co-Director of Nightwood Theatre in Toronto (2003-2006). She is also a founding member of Obsidian Theatre, Co-founder of backforward collective, associate artist at lbs/sq", and founder and Artistic Director of the Arrivals Legacy Project. Current and upcoming ventures include: the development of Omari Newton's new play Black and Blue Matters; directing Crystal Verge's Locked Down at Presentation House in North Vancouver; directing Nicola Harwood’s Buffalo Girls for Frank Theatre in Vancouver, remounting the national touring production of Sal Capone at the National Arts Centre & an artist in residency at Concordia University.

"THE FUNCTION OF ART IS TO DO MORE THAN TELL IT LIKE IT IS...
IT'S TO IMAGINE WHAT IS POSSIBLE."​
MANDATE

Boldskool Productions speaks truth to power. Through professional level artistry, using the tools of hip hop theatre, we aim to challenge the status quo by giving voice to our diverse experiences. We aim to create innovative art that will inspire, challenge and engage audiences while staying true to the anti-oppression, intersectional ethos of its' founders.

Boldskool productions is the culmination of a multi-year creative collaboration between professional theatre artists Diane Roberts and Omari Newton. The two first collaborated as Director and actor on Black Theatre Workshop's 2004 production of Andrew Moodie's A Common Man's Guide to Loving Women. This first joint venture proved to be a faithful one, Roberts would go on to mentor Newton as an artist and activist, tapping him to serveas her TA while she was a professor at Concordia University. They would later work together again while Roberts helmed Urban Ink Productions as Artistic Director, bringing Newton on as an artistic associate. While at Urban ink, the duo developed and produced their first production in 2014 The Lamentable Tragedy of Sal Capone in association with Black Theatre Workshop and Playwrights Workshop Montreal. This Hip Hop Theatre inspired work (developed prior to the Black Lives Matter movement) spoke to issues close to both of their hearts, connecting the voices of the African Canadian community with other systemically minoritized groups. This inaugural piece has gone on to great success, having been mounted numerous times across Canada, notably at The Roundhouse Theatre in Vancouver, The Yukon Arts Centre in Whitehorse, Presentation House in North Vancouver and our upcoming production at Canada's National Arts Centre. The Boldskool Hip Hop Theatre workshops for youth, Youth Direct, CrossRoads Slam & Rue Surreal (curated by visual artist David George Morgan) were created (2009-2014) alongside the development of Sal Capone to further inspire our audiences to action beyond passive spectatorship. The pair are currently working on Black & Blue Matters. A Hip Hop musical that serves as a companion piece to Sal Capone.

Your submission has been received!
Oops! Something went wrong while submitting the form.

GET THE LATEST FROM BOLDSKOOL!
JOIN OUR EMAIL CLUB.

Thank you! Your submission has been received!
Oops! Something went wrong while submitting the form.
INFO@BOLDSKOOLPRODUCTIONS.COM